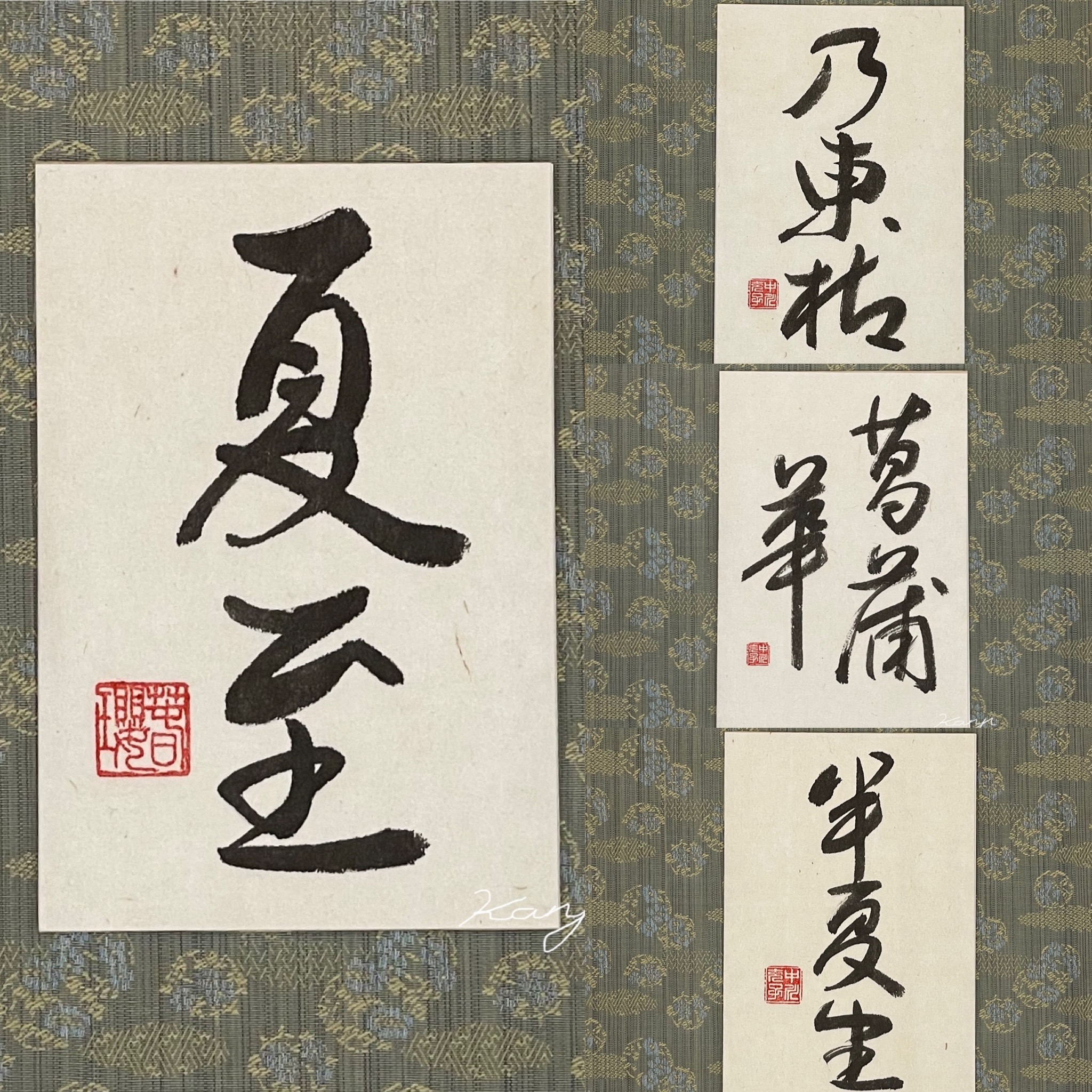 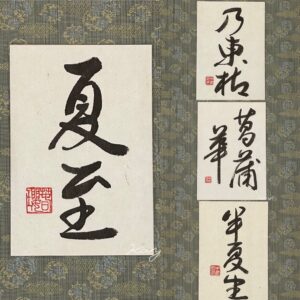 Today is 夏至(GESHI) the summer solstice, one of the 24 solar terms, 二十四節気(NIZYUSISEKKI).

■ 夏至 GESHI (Summer Solstice)
The day when the days are the longest and nights the shortest of the year.

The heat increases day by day.

Daylight hours become shorter from this day toward winter.

A calendar that further divides the 24 solar terms into three parts.

・The first season (around 21st~26th)
乃東枯 Natsukarekusakaruru
The time when “summer withered grass” (also known as “pitcher plant”), which sprouted around the winter solstice, withers away.
The summer withers are a medicinal plant used in Chinese herbal medicine.

・The last weather period, (around 2~6 days)
半夏生 Hangesyozu
Around the time when the “Han-ge” (Japanese larkspur) grows.
A member of the Dokudamiaceae family, with inconspicuous and plain white flowers.
This is the only time of year when the green leaves turn white.

Well, the rice paddies have been watered and the planting has begun!

May the rice be delicious… 🌾.