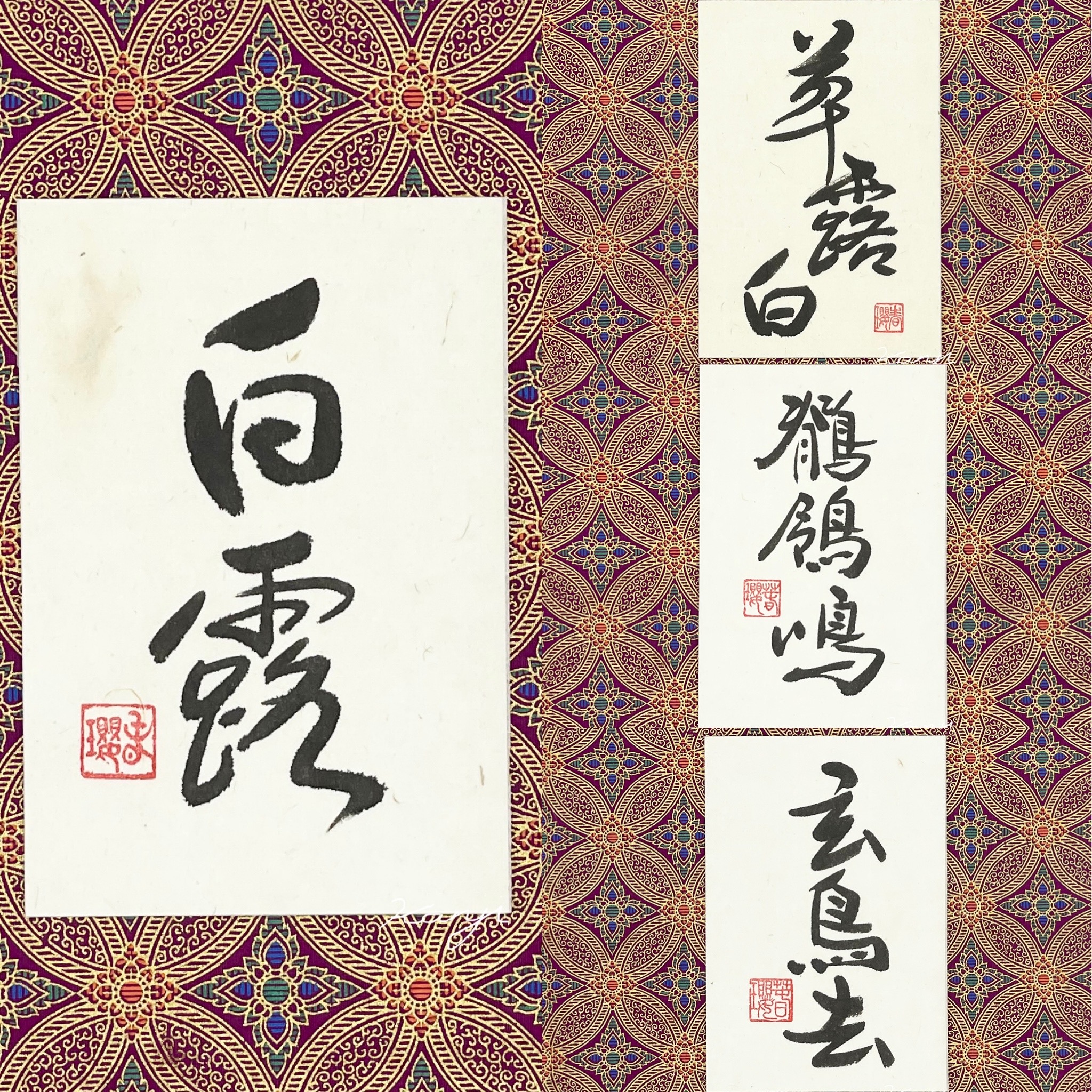 A day has passed, but…
September 8 marks the start of the “Hakuro”   白露 season, one of 二十四節気 NIJUSISEKKI the 24 solar terms.

The next 24 solar terms are
The next 24 Sekki is 立秋 “Autumnal Equinox” on September 23rd!

■ 白露 Hakuro
When the air cools down during the night and morning dew falls on flowers and trees, looking like white grains.
It is the time when signs of autumn gradually deepen.

草露白 Kusanotuyu shiroshi
The time when morning dew on flowers and grass appears white and shiny.

鶺鴒鳴 Sekirei naku
The time when the sound of wagtails echoes through the air.

・The last month of the year, from 18 to 23
玄鳥去 Tsubame saru
The time when the swallows that came to Japan in early spring return to the south

Last week’s forecast of the maximum wind speed of a typhoon was a surprise, but “being prepared is better than being worried”.

Another typhoon is on its way to Japan!
Be prepared!