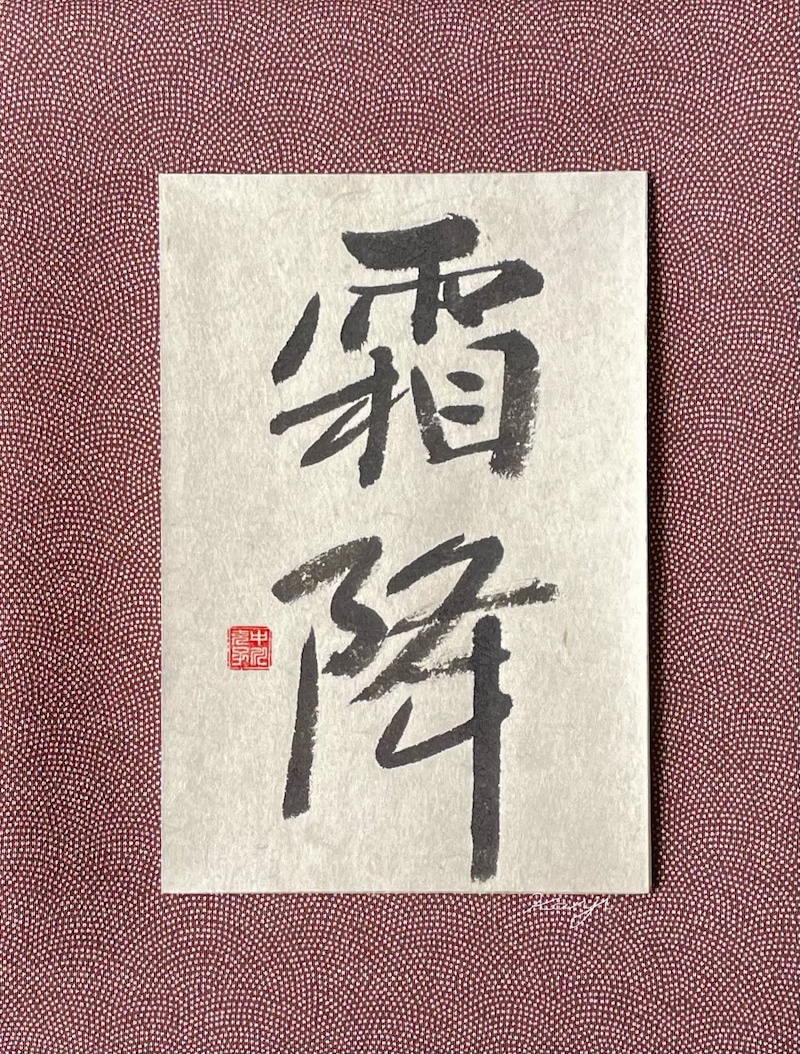 Today marks the beginning of “Soko,” one of the 24 seasons(二十四節気 Nijyushisekki).

The next 24 seasons will be “Ritto” on November 7.
According to the calendar, we are entering winter.

The weather has been very warm for autumn, but it’s gotten much colder in the past week and I’m in a hurry to get ready for winter.

■ 霜降(Sokko)
As the mornings and evenings get even colder, frost begins to form in northern areas and at higher elevations.

■ 72 micro-seasons (七十二候 Shichijuniko)
The calendar that divides the 24 seasons into three is called the 72 micro-seasons.
From today to the day before Ritto is the period of Soko.

・初候(Shoko) Around 23~27 days
霜始降 (Shimohajimetefuru)
Frost falls for the first time.
In the past, it was thought that frost would fall from the sky just like rain and snow. 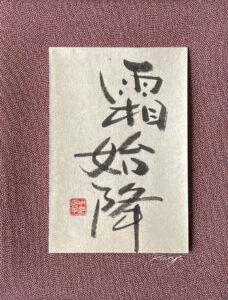 ・次候(Jiko) Around 28~1 days
霎時施 (Kosametokidokifuru)
The first rain begins to fall.
It is said that the first rain is a signal for people and animals to start preparing for winter. 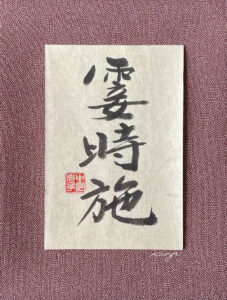 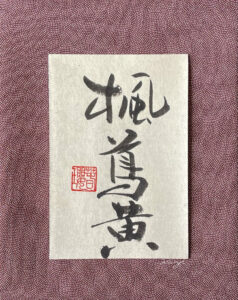 It has suddenly gotten so cold that my body can hardly keep up!

After all, don’t forget, the season is moving on!

I’d like to get in shape and go hunting for autumn leaves!