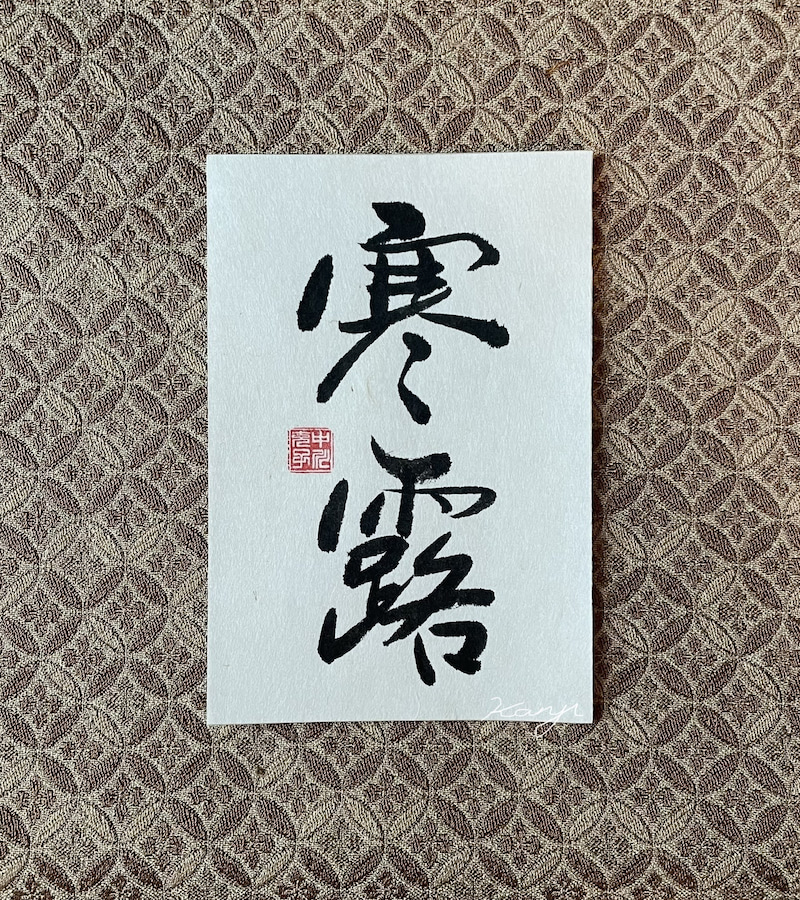 Today marks the beginning of “Kanro,” one of the 24 seasons(二十四節気 Nijyushisekki).

The fifth of autumn on the calendar
It’s the second half of autumn!

The mornings and evenings are getting colder, but during the day it’s still warm enough to wear short sleeves 💦
There are reports of autumn leaves changing color in Hokkaido and high mountains.
It’s autumn in Japan, and I’m looking forward to going out to see the autumn leaves.

■ 寒露(Kanro)
The nights are getting longer and the dew feels colder.
Although the mornings and evenings are getting colder, the air is clearer and the days are more pleasant with clear autumn skies.

■ 72 micro-seasons (七十二候 Shichijuniko)
The calendar that divides the 24 seasons into three is called the 72 micro-seasons.
From today to the day before Soko is the period of Kanro.

・初候(Shoko) Around 8~12 days
鴻雁来 (Kogankitaru)
When the geese fly in from the north to replace the swallows
Geese spend the winter in Japan, and return to Siberia in the spring.
The first goose to arrive each year is called the “Hatsukari”. 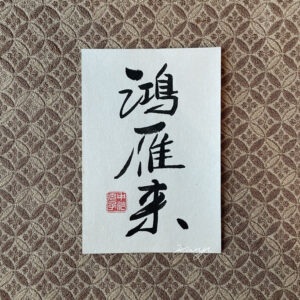 ・次候(Jiko) Around 13~17 days
菊花開 (Kikunohanahiraku)
When Chrysanthemum Flowers Bloom
Chrysanthemums are believed to have medicinal properties for longevity, and it was customary to drink chrysanthemum wine with chrysanthemum flowers floating in it on the ninth day of the ninth lunar month, Chou-you-no-Sekku. 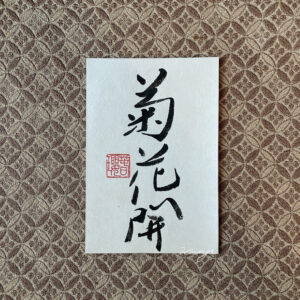 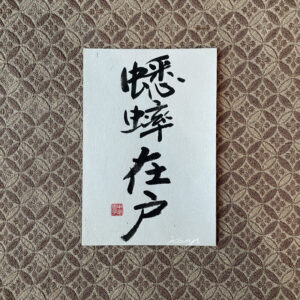 In the evening, oh, it’s already dark!
I look at my watch, it’s only about six o’clock.
It will soon be pitch black.

The heat in the daytime doesn’t make me feel that the season is passing, but
But the early evening shows that we are heading for winter